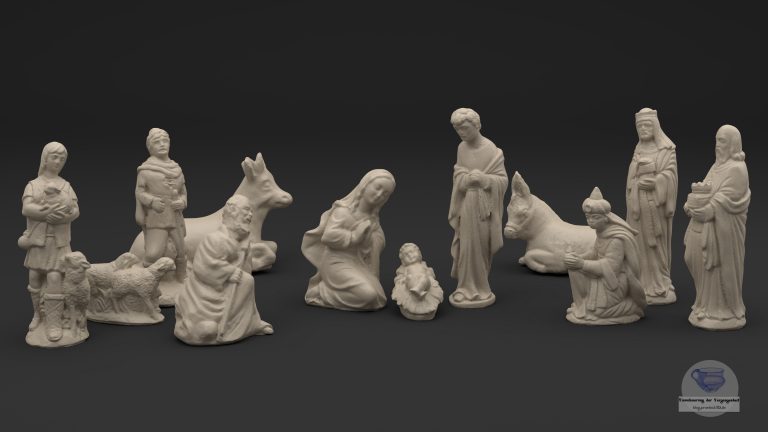 Even today, Christmas traditionally includes, at least in Germany, a set of nativity figures that are put together anew each year to form a small diorama. Especially as a child, it was a very special day when the nativity figures were brought out of the cellar and we were allowed to put them up ourselves.

The figurines presented here are originally made of plaster and have been in the family for several generations. My grandmother cast many of them herself using tube moulds, then painted them and fitted them with felt feet. Unfortunately, no one in my family knows exactly where and when the original set of figures came from.
At the end of 2017, I took the opportunity to capture the complete set of miniatures using photogrammetry and began to convert them into 3D models. For each figurine, 126 images were created in three shooting series in order to achieve the best possible quality without generating too long process times.

You can get the model here: