The first evidence of a reenactment of the birth of Jesus and the surrounding events can be found in Greccio in 1223 by Francis of Assisi. For the first time, instead of preaching, he used humans and living animals to imitate the biblical traditions. Subsequently, Christmas and Easter representations are increasingly found in monasteries, churches, and chapels until 1750, a series of prohibitions, of nativity scenes in public buildings, this led to the nativity scenes were transferred to the apartments of the people. This focus on nativity figures remained even after the lifting of the prohibitions, so that the miniature dioramas remain the focus of Catholic Christmas festivities, until the suppression by the Christmas tree in the 19th Century.

Digitization of the crib figures

Even today, at Christmastime it is tradition, at least in Germany, to set up nativity figures to a small diorama. Especially as a child, it was an exceptional day when the crib figures were taken from the basement, and we were allowed to set them up.
The figurines presented here are made of gypsum and have been family owned for several generations. My grandmother used to mold many of them herself, using tube shapes, then painted and fitted with felt feet. Unfortunately, no one in my family knows exactly where and when the original figurine set came from.

At the end of 2017, I took the opportunity to capture the complete set of miniatures using photogrammetry and started converting them into 3D models. One hundred twenty-six images were created per figure in three series of images to achieve the best possible quality without generating too long process times.

The only slightly glossy surface was very well suited for the 3D scan and only in rare cases led to noisy meshes. Furthermore, the paint with very thin paint that was mainly enriched in the wrinkles and depressions helped in the virtual reconstruction of the objects and resulted in a beautifully detailed texture.

All in all, I digitized all 12 figures, which are divided into 4 subgroups. On the one hand, the holy family itself consisting of Mary, Joseph, and the Jesus child. The second group are the Magi, or wise men from the East, Balthazar, Casper, and Melchior, who bring gifts to the newborn Savior. Not to be missed are the shepherds who followed the star to the stable and thus, together with their sheep, witnessed the arrival of the Savior. The last group is a donkey and an ox which, according to the Bible, were the original main inhabitants of the stable.

All objects have between 3 million to 300,000 polygons and can be wonderfully used for 3D printing on modern FDM or SLA machines. Depending on the slicer and hardware, the models may need to be reduced in their polygon count again to avoid crashes.

The models are available for anyone who wants to print them himself. So far, they are only on CGTRADER but will be made available in the next 14 days on Sketchfab, Blender and other portals.

The next steps I still want to make on these models is the reduction to low poly models, which are much easier to process in 3D animations and renderings. In doing so, the initial mesh is reduced from several million to a few thousand polygons, and then the color textures and geometry details are “baked” as textures.

In this way, the models require significantly less memory and can be processed much faster. So, a use in animations and VR and AR is possible. The resulting models are also included in the now online sentence as soon as they are completed. This may take some time.

Buy your own set of Figurines

Wikipedia about the history of nativity scenes 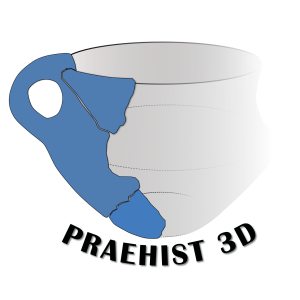